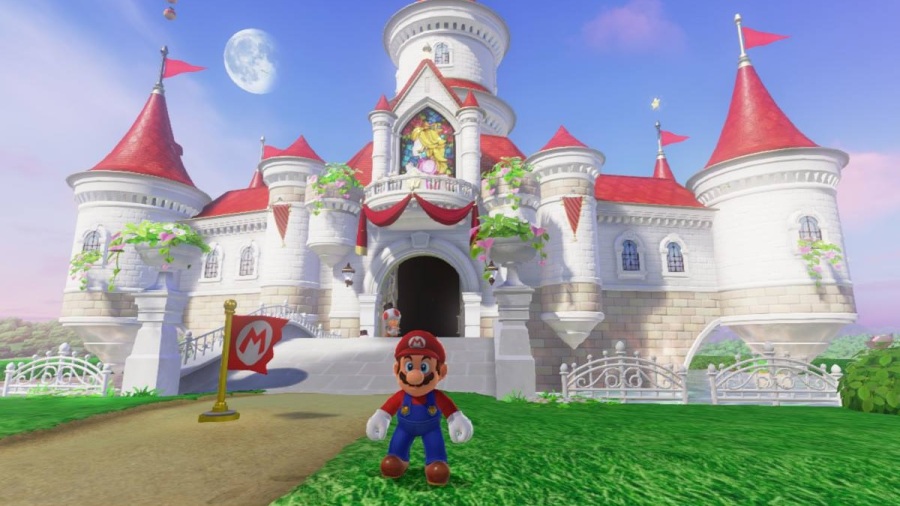 Consider the Mushroom Kingdom, the most common setting of the Super Mario Brothers franchise. Set aside the fact that its main populace consists of anthropomorphic mushrooms and focus instead on the downright bizarre social and political implications presented by Nintendo’s flagship franchise. Now consider how much weirder things get when you expand outward to games like Mario Party and Mario Kart.

This is a kingdom in a state of constant political upheaval, and yet there is no succession plan should the ruler be deposed. It lacks any sort of organized military despite being under constant assault by a literal fire-breathing dragon. The inhabitants show very little prejudice, and yet the social system is filled with incredible amounts of systemic bias.

Who Runs the Kingdom When Peach is Kidnapped?

The Mushroom Kingdom happily swears fealty to Princess Peach, who seems to be a benevolent ruler. However, she is also kidnapped so often that it’s become a running gag in the franchise. And when she’s locked away in another castle, there doesn’t exactly seem to a succession plan in place.

Peach gets kidnapped so frequently that in Mario and Luigi: Superstar Saga, she winds up stolen away whenever you let her leave the screen on one stage. Presumably, the elderly mushroom Toadsworth takes over the day-to-day running of the kingdom, but his credentials for long-term leadership are lacking at best. The most competent person in the kingdom, Mario, is almost invariably tapped to rescue her rather than to rule.

Even when Peach isn’t kidnapped, she has a tendency to disappear without notice. After the main story of Super Mario Odyssey has been resolved, she decides to leave on a globe-trotting journey without telling any of her subjects that she’s going. And in Super Mario Sunshine, which was Toadsworth’s first appearance, she takes her steward along with her on vacation, apparently leaving a power vacuum back in the Mushroom Kingdom. And she still gets kidnapped while on that vacation.

Imagine if the United States had a president who frequently got kidnapped by the country’s greatest adversary…and the closest thing to a vice president was a person who had never shown any ability whatsoever to take on the role of the chief executive. Now swallow whatever snide remark you were about to make about American politics and realize that the Mushroom Kingdom exists in that state all the time.

Why is there no Standing Army?

I’m not usually big on military spending, but it seems wise to have at least some coins budgeted for a standing army to repel these invaders. Relying on Mario and Luigi has gotten the job done for the most part, but that’s not truly a guarantee. On several occasions, Mario has been captured, forcing Peach, Luigi, or even Toadette to get the job done. Were somebody to pull off a successful capture of the Mushroom Kingdom’s entire upper hierarchy, the realm would be left completely defenseless.

Now, admittedly, the Mushroom Kingdom seems pretty well-off. There is no poverty to speak of, and wealth is such that random Toads can give away magic gifts to passing strangers. Presumably, the money that would go to finance a military is instead being invested into social programs. However, this prosperity has made the kingdom a prime target for conquest, and a defense force that includes less than ten people is not acceptable. At the very least, every invasion destroys infrastructure, disrupts lives, and likely leads to PTSD for the kingdom’s helpless residents.

Vacationing with the Enemy

The Mushroom Kingdom gets invaded every year or two. Its denizens get kidnapped, transformed, or otherwise terrorized. Then, when it’s all over, Mario and Peach go play golf with Bowser.

The Mario franchise has a wide variety of games that feature the characters playing sports, vacationing together, or playing a life-sized board game. During these interactions, enemies like Wario and Bowser get treated with more or less the same respect as other players. Heck, you can team Mario up with his mortal enemy in some cases.

It’s gotta be really hard for the people of the Mushroom Kingdom to understand why, instead of running a tribunal to judge Bowser for his numerous war crimes, Peach is off to meet him for a tennis date. Then again, from the Mushroom Kingdom perspective, their ruler playing extreme sports with explosions in go carts is the only reprieve they get from constant invasions and kidnappings.

Perhaps equally bothersome to the people of the Mushroom Kingdom is that these games seem exclusively catered to the one percent. There is, at best, representation from two Toads in any given game. (And that’s assuming that Toadette is not the only female Toad, a la Smurfette…I’m not going to touch upon that now, because that’s worth a whole article on its own.)

Overall, if you live in the Mushroom Kingdom, life is good…as long as there is a heroic plumber at the ready and as long as the dictator in the next country is occupied with his golf game instead of prepping a new invasion force. If it’s the latter, Heaven help you because the kingdom’s rulership certainly won’t.